Born and raised in the rolling Surrey downs and following stints as an archaeologist and in publishing in London and Gloucester, I now live in the wild moorlands of Brontë country, working as a freelance copyeditor, proofreader and, more recently, independent author of books for children aged 10+. 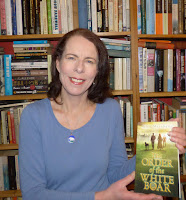 My first novel, Time out of Time (in prep.), won the 2012 Chapter One Children’s Book Award and slips between the 14th, 17th, 19th and 20th centuries, drawing on my enduring love of archaeology. The judges said of it: ‘A writer whom you trust to take the reader into the heart of the story with ease ... has planted the seeds of a story, with a deft hand, mixing descriptions with vividly, honed dialogue and an intriguing storyline.’

My second novel, ‘The Tower’ (working title), was also inspired by an excavation in Scotland. It was scarce half made-up and had to be put on the backburner (yet again) when it was announced in February 2013 that the grave of King Richard III had been discovered under a car park in Leicester.

I have been a Ricardian (one who believes King Richard has been maligned in the centuries since his death) since a teenager and I was surprised to discover in 2013 that there were still no books for children aiming to tell the story of the real Richard III, rather than the monstrous villain so beloved of traditional history since Shakespeare’s famous drama. Thus was born Matthew Wansford, the lead character of my first published novels, The Order of the White Boar and The King's Man. 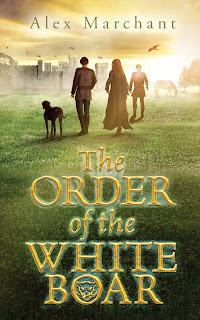 Matthew is a 12-year-old disgraced chorister from York Minster who, in 1482, joins Richard’s household as a page. Richard at that time is still Duke of Gloucester and his primary home, Middleham Castle in Wensleydale, north Yorkshire, is the setting for much of the novel, although action also takes place in London and at court in Westminster. The sequel, The King’s Man, takes Matthew and Richard from 1483 – the Year of the Three Kings – through to the fateful day of 22 August 1485 – and beyond.

The Order and The King's Man have been extremely well received:

‘A wonderful work of historical fiction . . . altogether a very enjoyable book for both children and adults.’ Isabel Green, Ricardian Bulletin of the Richard III Society

‘This engaging and exciting story has the power to captivate readers of any age . . . extremely well researched and a pleasure to read.’ Wendy Johnson, member of the Looking for Richard Project

‘Exciting and appealing, accurate and well-researched . . . I can honestly see this becoming a classic.’ Joanne R. Larner, author of Richard Liveth Yet

‘Finally! A book that has been written for a younger audience, which brings to life, through the eyes of a young boy, the just and fair leader that Richard III truly was.’ Richard III’s Loyal Supporters

When I’m not striding across the local moors listening to my characters chatting in preparation for the next book in the sequence, I’m planning visits to schools and medieval festivals (watch out Barnet, Tewkesbury, Middleham and Bosworth, here I come!). 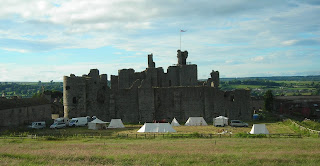