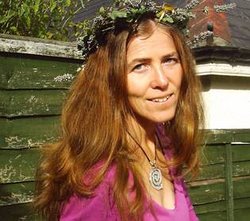 In 2000, my debut novel SONG QUEST won the inaugural Branford Boase Award (presented annually to a debut book by a UK author for young readers). Since then, I have had many more books published by HarperCollins, Scholastic, Chicken House and Templar, for readers from 8 to adult. Most of my early titles are now out of print at their original publishers, but if you missed them the first time around you can now find them all reissued in both paperback and ebook at Amazon.

I was active in the small press community in the 1990's, when my short fiction appeared in various SF/Fantasy/Horror magazines. Since these are now difficult to find, I am collecting the best of them into a series of themed Ampersand Tales - you will find seven of my fantasy stories in 'Mythic & Magical', and seven science fiction tales in 'Weird & Wonderful'.

I hope to publish more fiction for younger readers soon. There may also be some indie additions to my best-loved series, such as the long awaited Spellfall sequel Spell Spring (if you think you know unicorns, think again...) and a prequel to my award-winning Song Quest.

Check out my books at Goodreads